History of Talybont-on-Usk Reservoir
Expanding industrialisation in Newport in the early 20th century created an urgent demand for drinking water and following extensive searches a narrow valley 2 miles south of Talybont was identified as a suitable site. The main river, Caerfanell, and two smaller water courses of the Cynafon and Tarthwynni drained a large catchment area flowing east from the edge of the Brecon Beacons and these, combined with high rainfall, promised a good reliable water supply.
The first scheme completed in 1926 comprised of a substantial water treatment works and an intake weir to extract water directly from the river without the need to build a dam. Within two years the Newport Corporation found they had made a huge error as the engineer in charge had not realised that in dry conditions the river partially disappeared into the post glacial gravels in the valley bottom.
A new scheme commencing in 1931 involved the construction of a dam. Hope of using the existing treatment works were dashed when they failed to find solid rock at a suitable depth resulting in a new site offering solid foundations being found a quarter of a mile down stream. In drought conditions the remains of the old works still emerge from the surface.
The work started with the sealing of the underlying rock followed by creation of an earth embankment with a puddled clay core. The new treatment works was built with many materials brought in by a spur from the now disused Brecon Merthyr Junction Railway. An extensive hutted community sprung up to house the workforce complete with canteen and lock up for miscreants. By early 1939 treated water started to flow the 39 miles to Newport along a dual pipeline.
In total, seventeen dwellings including farms were commandeered as a direct result of both schemes causing considerable rural depopulation. This was done to give total control of the entire catchment area not just space for the impounded water.
Today, in spite of being man-made the reservoir with the surrounding forests, fields and open mountains offers natural tranquillity and quiet enjoyment for all.
Details of ecological surveys carried out at the reservoir are available at the Brecknock Wildlife Trust and the local Biodiversity Information Service.
​ 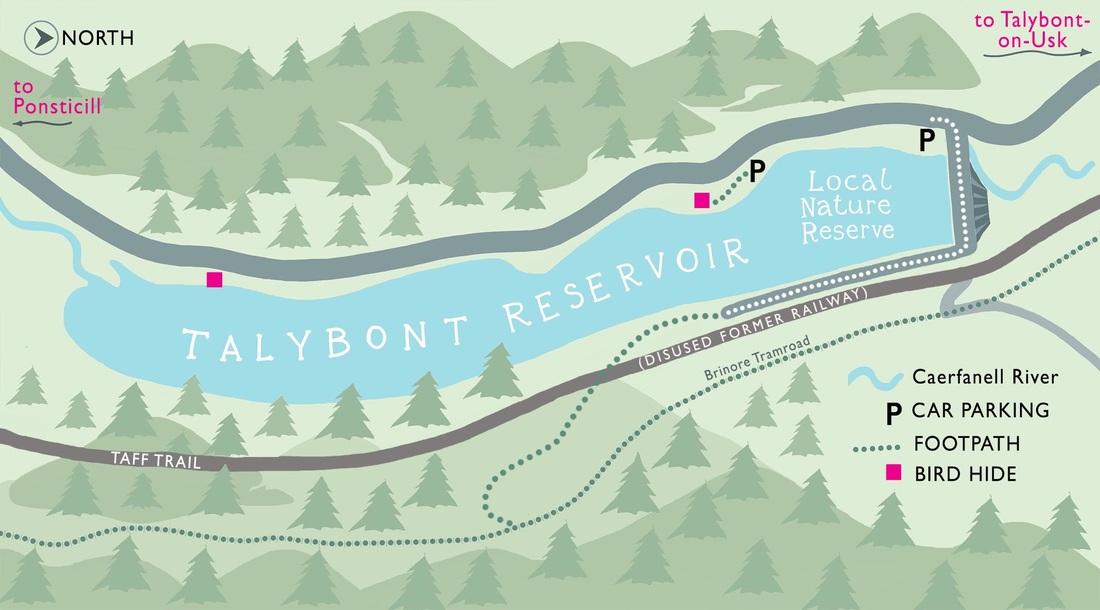